POSTED IN Betting | no comments 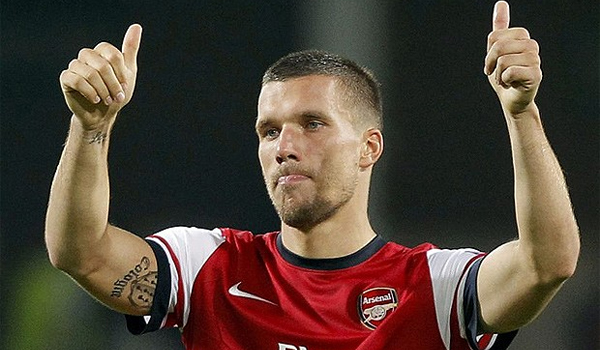 Last week, Inter Milan had come back with a higher offer for Arsenal’s Lukas Podolski, as they search to get the forward on loan for the remainder of the 2014/15 season. Milan is believed to have offered a loan deal, with the possibility of a permanent £5m switch.

It has been confirmed that Arsenal boss Arsene Wenger has accepted the deal with Milan for the 29 year-old forward and has completed the loan move. Podolski was rarely played as first-team, and with his Arsenal future uncertain, this will definitely help him continue his career. He started training Monday morning with Roberto Mancini’s Serie A side, and is said to have a lot of experience and still has a great career ahead of him.

It will be sad to not see Podolski on the Arsenal bench, but this may be a great opportunity for him.